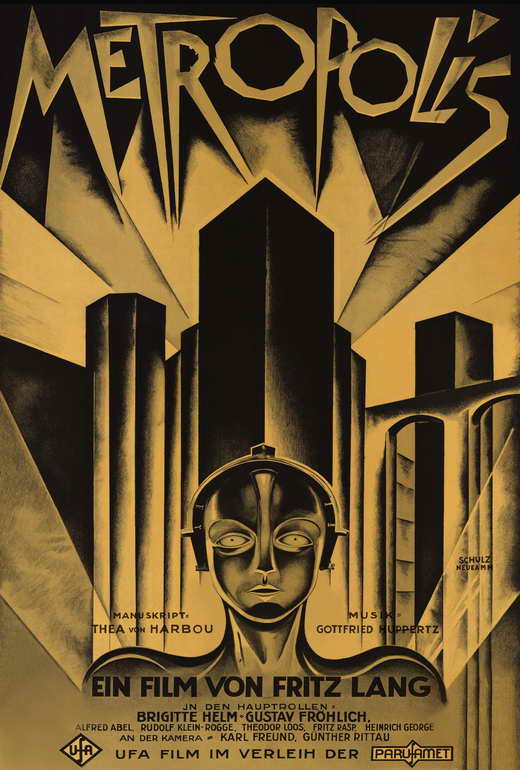 Metropolis (1927), directed by Fritz Lang, is a silent, black and white film depicting an almost Utopian society that is powered and kept alive by it's counterparts, the working citizens who reside underneath the city, working dangerously long hours to make sure Metropolis remains plugged in to all of it's electrical luxuries, the tension between both parties soon increases and a rebellion is imminent.

Lang depicted the workers as being almost identical in fashion and movements, scenes featuring the working class citizens tend to be wide and centered with each part expertly regimented, for example one of the first scenes shows the workers heading to and from their shifts, they move with synchronised marching, their heads hanging low and they do not change until they reach their stations. This expression of suppressed workers pushed aside by the upper class can be translated back to the events that were happening in Germany during the era in which the film was made.

Despite the whole film being in black and white, which nowadays we often use to portray something old or something rather melancholy, the scenes in which the upper areas of Metropolis feature are full of grandeur. The sets depict towering skyscrapers and wide motorways full to the brim with cars and other vehicles and despite this industrial like setting the city seems full of light with minimal smoke or pollution present, cementing it as the opposite of the lower class work place and residency, which is depicted as dull, heavily shaded and smokey (Shown below in Figure 2).

(Figure 2: A still from the film, depicting the workers at their stations.) 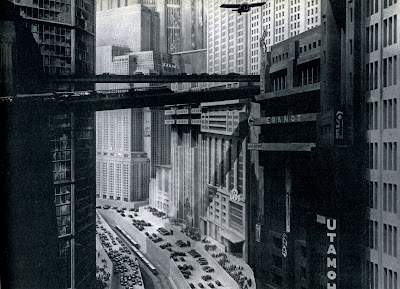 (Figure 3: The city of Metropolis as shown in the film, created using a miniature set.)

While watching Metropolis one cannot help to think about how ahead of it's time it seems, with seemingly huge sets and scenes brimming with people, even certain ideas and designs are almost modern in comparison with the other films of it's time, in a review by Jonathan Romney he states, "The film's futurism is still breathtaking, from its Art Deco titles to the neon spiral in Rotwang's lab: this surely must the first film to imagine people communicating by video screen." (Jonathan Romney, 2010.) Proving how looking back at Lang's film helps us to discover how much it has influenced the film industry of today.

Another key feature to mention is the camera work, compared to the film we watched previously, The Cabinet of Dr. Caligari (1920), the camera seems to move much more freely and on many occasions adds new perspective or movement to an otherwise still shot. As said by Roger Ebert in his review of Lang's film "The result was astonishing for its time. Without all of the digital tricks of today, “Metropolis” fills the imagination." (Roger Ebert, 1998).

In conclusion, during it's original time of release Metropolis (1927) offered a modern cinematic experience with innovative behind the scenes work in the form of set design and camera action, with some scenes being almost prophetic about what was to follow in the world of film after it's release. While there are charming points for both, the use of real but miniature sets offers a welcome alternative to the often overused special effects in today's cinema. Even after so many years, Lang's characters, designs and work methods from Metropolis continue to influence directors, set designers and more today, including the 2002 Japanese animated movie, also named Metropolis, which is based on the 1949 manga by Tezuka Osamu, which uses images straight from Lang's work.